Barb's Do It Yourself Pallet Board Fireplace Makeover 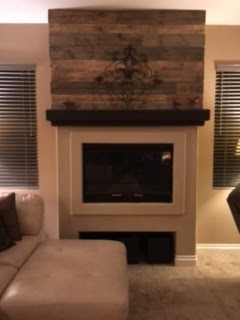 It is easier than you would imagine to create a dramatic new look for your fireplace by using inexpensive (or free) wood pallets.  Many businesses will give them away if you contact them.  We found ours on a neighborhood clutter cleanout site for $4. To show you how easy it is, my husband and I created a step-by-step instruction and material sheet for you, should you want to try it yourself. 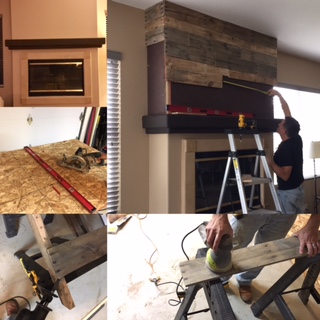 Staycation in Beautiful San Clemente starting at $73 per Night!

Here is your opportunity to staycation in beautiful San Clemente starting at only $73 a night with dates into April! Enjoy the ocean, charming town and new outlet center!  Click here to check dates/pricing. 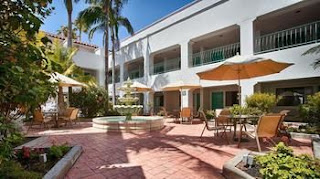 Solutions for Change Needs Our Support

Who else loves what Solutions for Change is doing in our community and how they are bringing hope to the hopeless? They need our help and support now more than ever with new government regulations. My family has decided to send some dollars their way this holiday season. I just got to thinking there are so many thousands of us here on Around The Town, wouldn't it be a good opportunity to ask who would be willing to donate $5 to $10 (or certainly more) this month along with my family? Sometimes people don't give because they think that their contribution is not big enough to make a difference. What I'm saying is if we banded together and put a whole bunch of smaller donations together we could come up collectively with a big donation. If you are willing to partner with a very worthy cause with me simply comment to this post and let's see how many people we can get to take part. Donations can be made here: https://give.solutionsforchange.org/give/93294/… or to their mailing address at: 722 West California Ave • Vista, CA 92083

Always Enjoy, but Slow Down...

We are busy people. We have so many things to do. The last thing we have on our mind is slowing down. Life in the fast lane is fleeting. Maybe it's time to stop the busyness and slow down. You cannot keep the fast pace forever. Stop living too fast. Take a different approach today. Spend some time meditating, listen to God in prayer. Think about the direction of your life. Rediscover the sense of wonder. Love deeply. Show gratitude. Do something good for someone else. Have fun and play. Simply live in the moment. Rest. Make time in your life for the things that matter. Be patient with yourself, it takes time to slow down.

Barb
My name is Barb and I want to welcome you to Around The Town. My goal is to encourage and inspire you to get out there and experience more of what San Diego has to offer and to try new things with your family and friends. Thanks for stopping by and I hope you like what you find. Please share this blog with your friends and family, and sign up to receive daily updates to your email inbox. Check for Around The Town on facebook and my website as well.